Huperzia serrata (H. serrata) is an economically important traditional Chinese herb with the notably medicinal value. As a representative member of the Lycopodiaceae family, the H. serrata produces various types of effectively bioactive lycopodium alkaloids, especially the huperzine A (HupA) which is a promising drug for Alzheimer’s disease. Despite their medicinal importance, the public genomic and transcriptomic resources are very limited and the biosynthesis of HupA is largely unknown. Previous studies on comparison of 454-ESTs from H. serrata and Phlegmariurus carinatus predicted putative genes involved in lycopodium alkaloid biosynthesis, such as lysine decarboxylase like (LDC-like) protein and some CYP450s. However, these gene annotations were not carried out with further biochemical characterizations. To understand the biosynthesis of HupA and its regulation in H. serrata, a global transcriptome analysis on H. Serrata tissues was performed.

In this study, we used the Illumina Highseq4000 platform to generate a substantial RNA sequencing dataset of H. serrata. A total of 40.1 Gb clean data was generated from four different tissues: root, stem, leaf, and sporangia and assembled into 181,141 unigenes. The total length, average length, N50 and GC content of unigenes were 219,520,611 bp, 1,211 bp, 2,488 bp and 42.51%, respectively. Among them, 105,516 unigenes (58.25%) were annotated by seven public databases (NR, NT, Swiss-Prot, KEGG, COG, Interpro, GO), and 54 GO terms and 3,391 transcription factors (TFs) were functionally classified, respectively. KEGG pathway analysis revealed that 72,230 unigenes were classified into 21 functional pathways. Three types of candidate enzymes, LDC, CAO and PKS, responsible for the biosynthesis of precursors of HupA were all identified in the transcripts. Four hundred and fifty-seven CYP450 genes in H. serrata were also analyzed and compared with tissue-specific gene expression. Moreover, two key classes of CYP450 genes BBE and SLS, with 23 members in total, for modification of the lycopodium alkaloid scaffold in the late two stages of biosynthesis of HupA were further evaluated.

This study is the first report of global transcriptome analysis on all tissues of H. serrata, and critical genes involved in the biosynthesis of precursors and scaffold modifications of HupA were discovered and predicted. The transcriptome data from this work not only could provide an important resource for further investigating on metabolic pathways in H. serrata, but also shed light on synthetic biology study of HupA. 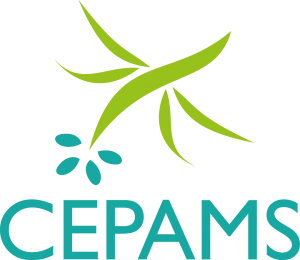