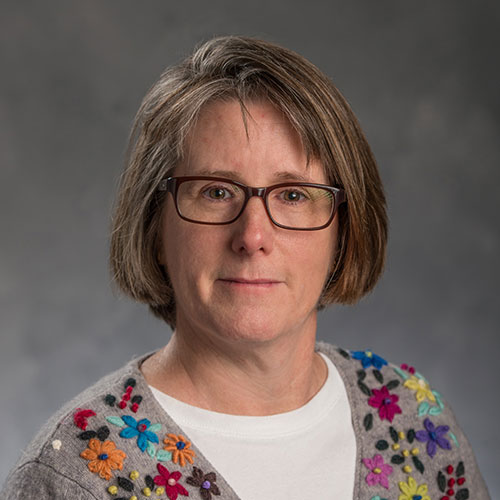 In 1999, she joined the faculty at The Institute for Genomic Research (TIGR) in Rockville, MD where she remained until 2007 when she joined the Department of Plant Biology at MSU. Her research is focused on the genome biology of plants and plant pathogens, including comparative genomics, bioinformatics, and computational biology.

Her research involves crop plants (corn, rice, potato, sweetpotato), biofuels (switchgrass), and medicinal/herbal plants (periwinkle, mints, nightshade, ginseng, Camptotheca) while her work with plant pathogens has focused primarily on bacteria and oomycetes.  She was a central member of the consortium that generated the rice genome sequence, a crop that feeds 50% of the world’s population every day, and developed a public database for rice researchers that receives over two million visits each year from scientists across the world. From her work on medicinal plants, she developed and maintains the Medicinal Plant Genomics Resource that has enabled discoveries in natural product biosynthesis.

Currently, she maintains Spud DB, a database focused on potato genomic datasets, and the Maize Genome Resource for gene expression mining in maize. She has received funding from NSF, USDA, DOE, NIH, and the Bill & Melinda Gates Foundation and published over 200 papers.

Dr. Buell has an active research group composed of postdoctoral research fellows, research assistants, graduate students, undergraduate students and high school interns and collaborates with scientists across the United States and throughout the world. She has served as an editor at Plant Physiology, the Plant Genome, Crop Science, Frontiers in Plant Genetics and Genomics, and Plant Cell. She has served as an advisor to several large plant genome research consortia and the National Academy of Sciences Committee on Genetically Engineered Crops. She is a fellow of the American Association for the Advancement for Science and the American Society of Plant Biologists.

Find out more or adjust your settings.